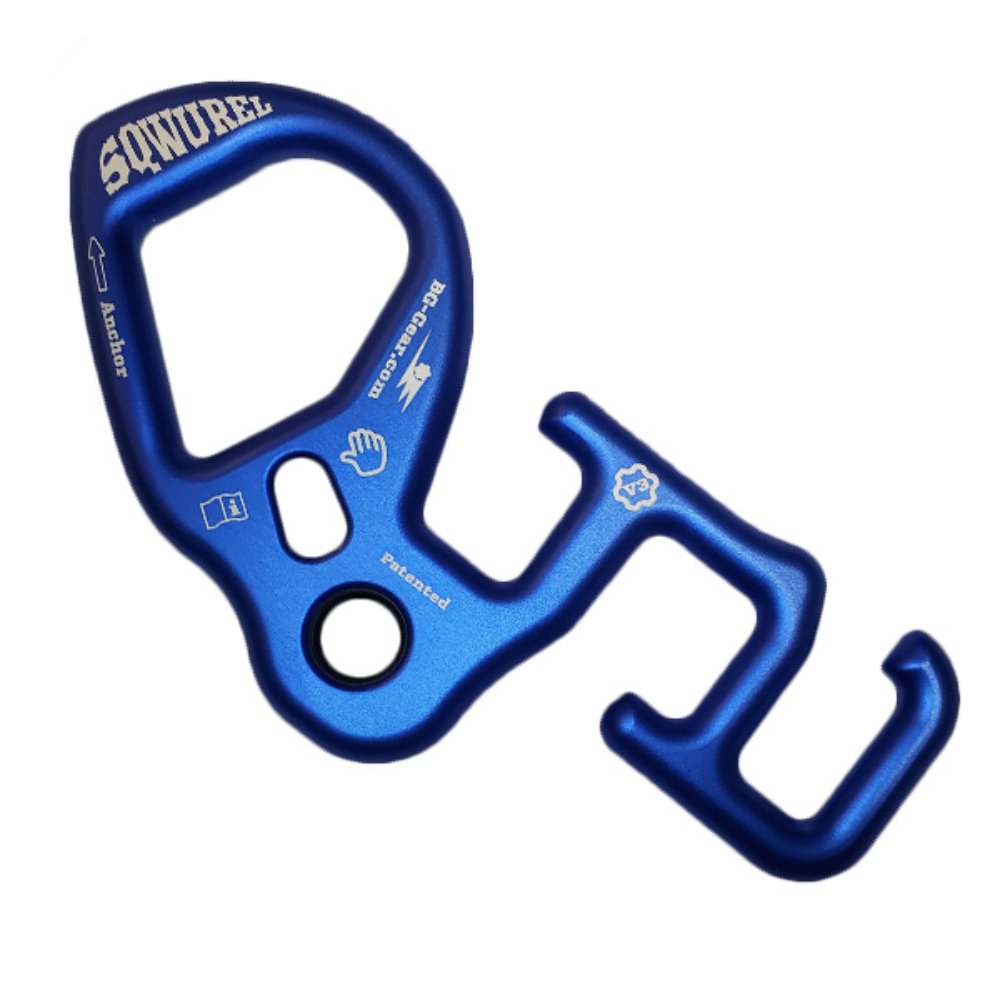 Sqwurel V3 is new and improved yet tried, true and familiar. V3 is a little lighter, a little shorter, a little more narrow and offers a significant reduction in rope twist. The primary motivator for version 3 was to put serious effort into combating rope twist but the smaller size and lighter weight are both worthwhile improvements.

The SQWUREL (skwur-uhl) is an addictively fun rappel device with a serious technical bite. After two years of work and 60 iterations V1 was released May 2015. V2 was released the following year in August 2016 with minor improvements (rearranged rope retention nubs and a shorter ear). September 2019 SQWUREL V3 is ready for release with further improvements!

The SQWUREL rappel device / descender is a unique device and as such was given a unique spelling. The spelling is SQWUREL not squirrel, squirl, sqrrrl, squirel, etc.